Starbreeze – The past month and a half has been eventful. I started my job at Starbreeze Studios, working as a writer on Overkill’s The Walking Dead. Just a few weeks in and we released the first official trailer, which is a cinematic featuring one of the game’s playable characters. Unfortunately, as those cinematics take a long time to produce, I had nothing to do with it, but it was still fun to be there when it launched.

The company is great, as are the people, and it’s hard to beat Swedish employee rights, which ensure eight hour work days, compensated overtime (very much not the norm in the game’s industry), and five weeks paid vacation.

I’ve already written a bunch of cool stuff, the details of which, of course, I can’t yet share. As the game progresses though, and more details about the game become public, there will  hopefully be lots to share. I’d also, at some point, like to write a bit more about what the job of writing for an AAA game actually entails. It’s surprising that when you google “what does a game writer do,” there’s not much substantial info out there. I think a series of articles on the subject would be interesting to developers, aspiring game writers, and gamers.

Finland’s 100th – At the beginning of December I flew to Helsinki to celebrate Finland’s 100th anniversery. Most people are surprised to hear that Finland has only been an independent nation for one-hundred years. Before independence, Finland did exist, but under the flag of either Sweden or Russia. Finland was sort of passed back and forth between the two before Russia gave them independence in 1917, though they tried to take them back some years later. To celebrate Finland’s 100th, tuxes were rented, and fancy parties were attended. Finland is not known for sobriety, but on that night, there wasn’t a sober Suomalainen in sight. 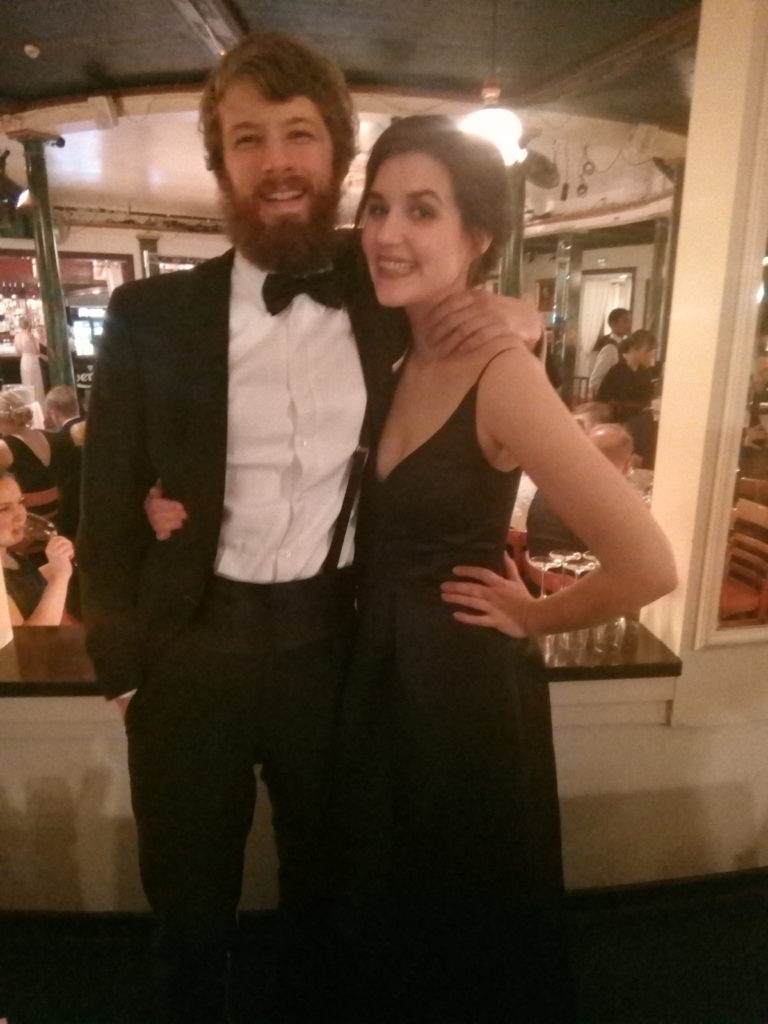 Bucket Detective –  It’s 29% off for Steam’s Winter Sale. If some how you haven’t yet gotten it (what are you doing reading this but not playing my games??!), check it out. Gearbox just listed it as one of the five best indie games of 2017, so don’t miss out…

Other Projects – I’ve got several cool projects in the works, but I’d rather not mention specifics. Hopefully in the next few months I’ll be ready to discuss more. For now, my job at Starbreeze is taking most of my time, but rest assured there’s more stuff on the way…

2017 – Since it’s the end of the year, I guess I’m supposed to make a list of my favorite games, movies, whatever of the year. I usually play/watch things when I feel like it, and not when they come out, so a lot of these aren’t from 2017, but here are some things I enjoyed in 2017:

Dark Souls: I still haven’t beaten it (it’s a hard game, if you haven’t heard), but 60 hours in and it’s one of the best games I’ve ever played. The brilliant level design, the insanely original art direction, the minimalistic storytelling, and of course, the ground-breaking, challenging, constantly evolving gameplay, all come together to create a game unlike any I’ve ever played.

Ticket: Came out in 2016, but I didn’t play it until later. It’s a very cool, very difficult indie platformer packed full of interesting ideas. Level to level, I never knew quite what to expect. The game didn’t get anywhere near the coverage it deserved (I barely remember seeing it reviewed anywhere), which is a shame because it’s more interesting than 99% of games out there.

Omegaland: Another cool, weird, experimental platformer. This one is a solo effort by the writer behind The Talos Principle.

Overwatch: Blizzard has basically improved the good parts of Team Fortress 2 and removed the bad parts to create one of the most balanced, engaging multiplayer games I’ve ever played. If you’re ever feeling full of yourself, try competitive play and get destroyed by a clan of shit-talking twelve year olds.

Mother! – An intense, unpredictable movie about unwanted house guests. I’m not normally a Darren Aronofsky fan. I often find his movies pretentious and overly serious, but Mother! was fun and hilarious. Probably my favorite film of the year.

The Killing of a Sacred Deer – A brilliant film by one of my favorite filmmakers. It starts as a slow, unexplainably tense exploration of the friendship between a grown man and a teenage boy before becoming overtly sinister and going places I never expected.

Bring Me Roger Stone – Probably the most depressing documentary I’ve ever seen. It profiles Roger Stone, the man who is a champion of literally everything worth hating about politics. He’s the self-proclaimed “King of dirty tricks” and one of the inventors of the modern lobbyist. Whether you identify as right, left, or center, you’ll find plenty to despise about Roger Stone.

Accidental Courtesy – To restore your faith in humanity after the previous film, watch this documentary about a black musician named Daryl Davis whose hobby is befriending members of the KKK. Instead of berating/lecturing them, he offers them legitimate friendship. As you might expect, he’s the first black friend that most of these KKK guys have ever had, and as a result, many of them eventually leave the Klan. Davis estimates he’s been responsible for 50-60 Klan members quitting. Through his conversations, Davis humanizes the Klan members, showing how they’re mostly just fearful and ignorant, not evil.

Harry Potter: Books 1-7 by J.K. Rowling – I somehow had never finished the series, so in April I decided to go back and read them all. Legitimately one of the best, most fun series I’ve ever read.

On Tyranny by Timothy Snyder – Broken into twenty short essays, the book discusses what political tyranny is and gives simple ways to oppose it. Takes only around two hours to read, so I highly recommend it.

Benjamin Franklin: An American Life by Walter Isaacson – Ben Franklin began his career as a writer and printer, before becoming the most famous American scientist, and later entering politics to help America win independence. Besides being a highly accomplished polymath, Franklin loved people and had an enthusiastic, fun-loving spirit. If you’re curious about Ben Franklin, but don’t have the patience to read this massive tome, check out his much shorter Autobiography.

Why Buddhism is True by Robert Wright – The title is a bit misleading, as it’s not so much a book about spirituality as it is about neuroscience and psychology. Wright explains how, when viewed from the perspective of natural selection, mindfulness meditation is the key to seeing reality a bit more clearly.

Nothing Is True and Everything Is Possible by Peter Pomerantsev – Tells the story of Soviet-born, UK-raised Peter Pomerantsev as he returns to modern Russia to witness how it’s changed since the fall of the Soviet Union. Pomerantsev works as a reality TV producer, and as a result is exposed to a variety of strange and interesting experiences – from a gold digger training school to a cult frequented by super models.

Flow my Tears the Policeman said by Philip K Dick – Another great book by my favorite fiction author. Tells the story of a famous TV host, who, after being attacked by an ex-girlfriend, wakes up to find that nobody knows him. As a result, he’s forced into the underground world of students and criminals to discover why his identity has been lost. Like much of Dick’s work, it’s one part noir, one part science fiction, and one part what the fuck.