HOW TO DESTROY A STARTUP – At the beginning of June, I started working full time. My job is doing design/writing/art on two educational games for two different clients. One is an educational game to teach intellectual property law. I was hired by an organization called the Software Business Lab to make a game to go along with an IP law course they’ll teach this Fall.

The pitch they gave us was that IP law is boring and nobody wants to learn it, even the people that need to learn it, and they wanted us to make a game that makes it even slightly more fun to learn. Their target audience is programmers, designers, artists, and pretty much anyone doing freelance creative work or starting a business.

Their initial idea was to have a game where you help a company get their IP rights in order. Patents not properly filed? Fix it! Company logo violating another company’s trademark? Fix it!

But to me this sounded completely boring. We were supposed to be making this topic fun, but if the game was a simulation of what you’d do in real life, I didn’t see how it would work.

My idea was to do the opposite. Our game, titled How To Destroy A Startup, has you playing as a lawyer who has infiltrated a company with the goal of destroying it. Long ago, your father was screwed out of a business deal by a Steve Jobs like entrepreneur, but now you’ve tricked your way into his company and are out for revenge. Using your legal skills, you infringe trademarks, nullify employee contracts, and mis-file patents. 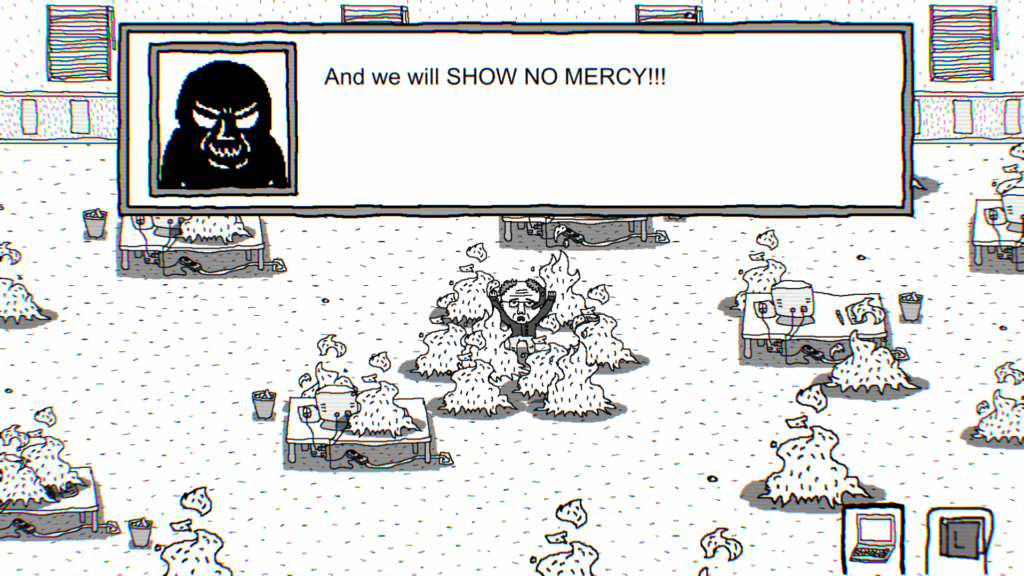 Because the premise of the game is so absurd, it lets us get away with a lot of weird and funny stuff. And coincidentally, weird and funny is more memorable than dry and boring.

At this point we’re about 60% done with the game. We’ve implemented three of the four-five total quests, which cover the areas of trademarks, employee contracts, and patents. Still to be added is a copyright quest, and potentially a quest on design rights.

Surprisingly, the game has been getting a great response. The people that hired us to make the game are so excited by it, that since January we’ve been presenting the game almost once a month, to teachers, to business people, to lawyers, patent clerks. It turns out there’s a lot of desire for a game on this subject. 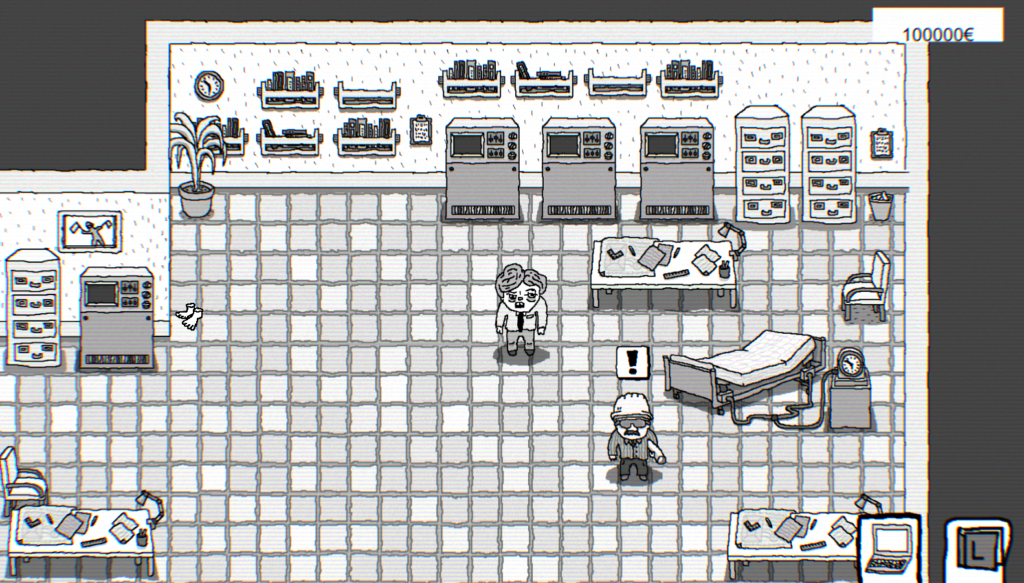 It’s been nice that I’ve been able to move from personal projects directly into full time, paid design/writing work. I realize that in many ways I lucked into this, and I hope that after these jobs are finished, I’m able to keep it going.

WRITING – Every day, before work, I write for at least 30 minutes. It feels great to be writing regularly again, without a purpose other than to have fun and make something I find interesting. It’s what I needed after spending one and a half years creatively shackled to Bucket Detective.

For now I’m focusing on flash fiction, stories that are less than 1000 words, but still fully contained stories. I’ve always struggled with writing short pieces. Most of my ideas come in the form of feature films or novels. But really, if you can’t write short, you can’t write at all. And it’s incredible how powerful your writing becomes when you’re forced to write short.

I posted the first of my flash fiction pieces, a story called Goodbye, Nancy, and I hope to post more soon. Ideally, I’ll get to the point where I produce one solid piece of solid flash fiction per week.

If you want to be alerted when I post a new story, sign up for my mailing list, which you can find on the bottom of my About page, and I’ll send you an email whenever I release something new. I’ll post the stories on twitter as well, but I know that tweets are easily lost into the vast ether of the internet.

MY BIRTHDAY – My family visited me in Finland, and we took a trip to Norway for my birthday. I turned thirty-one overlooking the fjords in a Norwegian town called Flåm. It was great.

THE END – Okay, I’m off to eat birthday cake and watch Okja with my girlfriend. Cyyaaa!